The Great Barrier Reef is in danger. Climate crisis is the main reason (CNN) –The Great Barrier Reef has deteriorated to such an extent it should be listed as a world heritage site “in danger,” a United Nations committee said Tuesday – prompting immediate backlash from the Australian government.

UNESCO’s World Heritage Committee recommended the listing, recognizing the climate crisis as the driving factor behind the destruction of the world’s largest coral reef. It called for Australia to “urgently” address threats from climate change.

The inclusion will be voted on at the committee’s meeting in China next month.

Australian Minister for the Environment Sussan Ley said the government will “strongly oppose” the recommendation, arguing the government was investing $3 billion in reef protection. Ley said officials in Canberra were “stunned” by the move and accused UNESCO of backflipping on previous assurances the reef would not be declared endangered.

“The Great Barrier Reef is the best managed reef in the world and this draft recommendation has been made without examining the reef first hand, and without the latest information,” Ley said in a statement.

In a call with UNESCO Director-General Audrey Azoulay, Ley said she “made it clear that we will contest this flawed approach, one that has been taken without adequate consultation.”Spanning nearly 133,000 square miles (345,000 square kilometers) and home to more than 1,500 species of fish and 411 species of hard corals, the Great Barrier Reef is a vital marine ecosystem. It also contributes $4.8 billion annually to Australia’s economy and supports 64,000 jobs, according to the Great Barrier Reef Foundation.

But the reef’s long-term survival has come into question. It has suffered from three devastating mass bleaching events since 2015, caused by above-average ocean temperatures as the burning of fossil fuels heats up the planet. 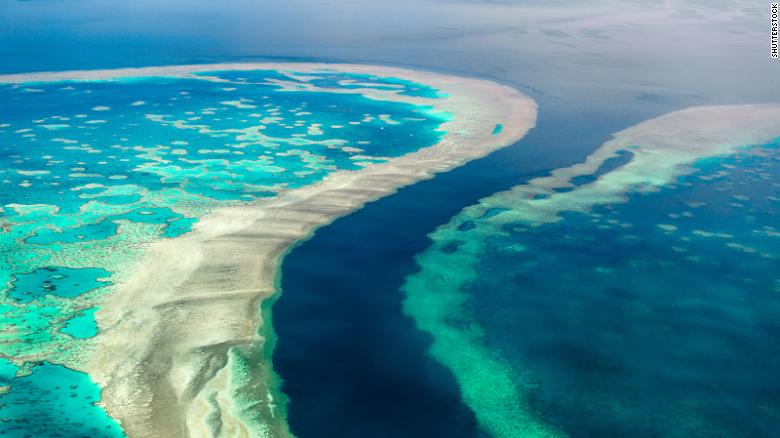 The Great Barrier Reef is the world’s largest coral reef system and a vital marine ecosystem.

In October, researchers from the ARC Centre of Excellence for Coral Reef Studies found the reef had lost 50% of its coral populations in the past three decades, with climate change a key driver of reef disturbance.

The UNESCO committee said it was crucial Australia implemented the recommendations of that 2019 report, which called for “accelerated action to mitigate climate change and improve water quality.”

It said the government’s “progress has been insufficient” in meeting its key reef policy, called the Reef 2050 Plan, and it “requires stronger and clearer commitments, in particular towards urgently countering the effects of climate change.”

Environment Minster Ley agreed climate change is the single biggest threat to the world’s reefs, but said “it is wrong, in our view, to single out the best managed reef in the world for an ‘in danger’ listing.”

Scientists said the UNESCO proposal was a wake-up call.

On its current course, global average temperatures will increase by more than 2 degrees Celsius, which scientists warn no coral reefs can survive, according go the Climate Council. It has recommended Australia cut its emissions by 75% by 2030 and reach net zero by 2035.

Australia has made no commitment to reach net zero emissions by 2050, making it a global outlier. Australia’s current targets are to cut greenhouse gas emissions by 26% to 28% from 2005 levels by 2030, which have been widely criticized as not ambitious enough.

“The Australian government has stewardship of one of the world’s most precious and iconic ecosystems, but its continued support for fossil fuels and its lack of effective climate policy means it’s utterly failing to live up to that responsibility,” said Climate Council spokesperson and climate scientist, Prof. Lesley Hughes, in a statement. “The situation is dire, and our response should match that.

“Just a week after Prime Minister (Scott) Morrison faced the disapproval of the world’s leaders for his poor climate performance at the G7 conference, we are seeing the terrible consequences of Australia’s failure to reduce emissions — and the Reef is paying the price,” Ritter said in a statement.

The report comes as Australia swore in a new deputy prime minister on Tuesday. Barnaby Joyce, a climate change skeptic, is leader of the Nationals — a party that represents rural Australia, which is heavily dependent on fossil fuel mining. Joyce’s position is expected to make it more difficult for the Morrison government to strengthen climate targets adopted by most other major nations.

UNESCO’s List of World Heritage in Danger has 53 entries, which include natural wonders and man-made sites. Jerusalem’s Old City was added in 1982, while Aleppo — the Syrian city bombarded by air strikes — made the list in 2013.